By: Simone Puterman
International judges recently judged the Ogilvy Cape Town’s Audi TT microsite a winner, Betterbond is making sure its corporate identity fits its brand persona, PETCO is using billboards to encourage consumers to recycle PET, Standard Bank has been getting to grips with campus students, and proximity#ttp has been seen sporting explosive launches for Renault.

At Design Indaba last month, Ogilvy Cape Town won a new media award for its Audi TT microsite (see The retturn of the exhibitionist), developed by Ogilvy Interactive for the launch of the new Audi TT, in the online non-functional category of the Construction New Media Awards. This Cape Town-based initiative aims to celebrate and elevate the status of new media design by honouring and accrediting those designers, writers, programmers and thinkers who produce challenging, imaginative interactive work, both on a creative and a functional platform.

The judges for the awards were Andries Odendaal, multimedia designer at Wireframe & co-author of books on the topic of Flash, Daljit Singh, creative director of London based interactive design consultancy Digit and Simon Waterfall, co-founder of the Deepend studio and a valued contributor at international events.

“The judges were impressed with the beautiful detail of the microsite and the level of craft and effort, as well as the fact that the clever design drew you to key areas that revealed more information about the car,” says Torgny Hylén, Ogilvy Interactive’s creative head.

Matching up brand persona and logo

Coinciding with its new corporate identity, Betterbond, one of SA’s biggest bond originators and a wholly owned subsidiary of the PA Group, has launched an advertising campaign involving print (magazines), radio, outdoor (at development sites where Betterbond is involved), online banners (on news24.com and iol) and vehicle branding to take the Betterbond brand and message to the target market.

“Over the years, Betterbond has had various logos, which was perfectly normal taking into account that bond origination was a new industry that had not previously existed, and in less than a decade rapidly grew and transformed. The company has now reached the stage where it needs to stabilise and actively build its brand name and identity,” explains Betterbond MD Deon Lessing.

A brand personification exercise revealed that Betterbond was an “energetic, committed and entrepreneurial female brand in her thirties”. This brand persona, however, was not aligned with its existing identity and logo, hence the decision to lay a new foundation and to entrench the brand in the target market with a brand new and strong identity, he notes.

Through-the-line agency Lesoba Difference is responsible for the new CI and advertising campaign.

Situated in several locations in Gauteng which are close to PET and plastics drop-off centres, the billboards alert consumers that PET beverage bottles are 100% recyclable.

Explains Cheri Scholtz, acting GM for PETCO, “As consumers are becoming more environmentally aware, we felt the time was right to build awareness that PET is fully recyclable and to point them towards existing drop-off centres, from which empty PET bottles are collected and sent to recyclers,” says Scholtz.

To illustrate the depth of industry buy-in, brand logos of PETCO members who finance the company via recycling levies and grant-in-aid have been included on the billboard.

Getting a grip on student finances

In January 2007, Standard Bank embarked on its Get a Grip student campaign on 28 campuses in seven regions across the country. The key message focused on communicating to tertiary education students that with a Standard Bank Student Loan and Student Achiever account, it’s easier to Get a Grip on your finances and put the correct building blocks in place towards building a successful financial future.

John Anderson, director: marketing at Standard Bank, explains, “The idea of introducing an interactive promotion on campus worked beautifully and the strategic fit with the audience we were aiming to reach was spot on. By making the campaign interactive and judging by the results achieved, it is evident that steering away from a traditional approach resonated with our market and allowed us to create the wonderful hype on campus.”

Conceptualised by a joint team from TBWA\, Tequila and Magna Carta, the campaign used a combination of tactical and on campus media, including campus radio. Participants were challenged to throw frisbees produced for the campaign over a bull’s eye target area and attempt to land on one of the many demarcated prize zones to win a prize. Nearly 10 000 prizes were given away in the six week campaign, which included movie, airtime, DVD, dining Edgars, Steers, nightclub vouchers and Pro20 cricket tickets.

Standard Bank reports that towards the end of February, just over 15 000 new Student Achiever accounts had been opened.

The new 145kw Clio Renault Sport was unveiled earlier this month at a VIP launch conceptualised, co-ordinated and directed by marketing services agency proximity#ttp at the Brakpan Airfield in Gauteng. The evening literally got to an explosive start - pyrotechnic displays and sound effects heralded the new car's entrance.

Speed freaks had the ride of their lives with professional Renault drivers taking eager passengers on 180 - 200kmph excursions around the airfield's runway, as many times as their bodies could handle high-G turns, graffiti artists kept onlookers enthralled with spray can art of the car rendered on canvas, skateboarders kept the pace going with, gravity-defying aerial displays, and scantily clad police babes strutted their stuff.

Simone Puterman (@SimoneAtLarge) is currently editor-at-large at Marklives.com and deputy chair of the Sanef online editors subcommittee. After majoring in psychology and linguistics at Rhodes University, and then completing her honours in psychology, she has been in the world of B2B publishing since 1997, with 7.5 year stints at both WriteStuff Publishing and Bizcommunity.com (March 2006-August 2013). Email her at moc.sevilkram@enomis. 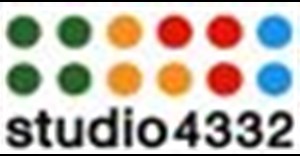 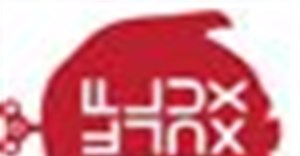 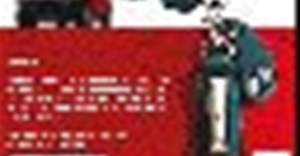 proximity#ttp takes Gold at Echoes15 Oct 2008
More related
Republication of selected Bizcommunity content for non-commercial purposes is allowed if the original article is linked to with "Source: www.bizcommunity.com". Please click here for more information and to request permission.
Let's do Biz