12 Aug 2009 | Email | Print |  PDF
By: Dumisani Ndlela
The Marketers Association of Zimbabwe (MAZ), formed at the height of Zimbabwe's economic crisis in 2007, has unveiled its vision and goals to the public, promising to host its first ever convention before the end of the year.

A secretary general, Gillian Rusike, has been appointed and will head the executive with effect from 1 August 2009, the association announced, as it won endorsement from the most capitalised firm on the Zimbabwe Stock Exchange, Delta Corporation, an associate company of SABMiller.

MAZ said marketing was not being given the recognition it deserved and its “image has been tarnished, especially by infiltrators emerging from other professions claiming undeserved marketing positions”.

“This consequently results in failure to produce the expected results hence the marketing function is regarded as a spender of acquired resources instead of a major contributor as the case should be,” MAZ said.

“This year, the association will host a marketers convention and of interest (is that) they are going to award the best brand of the year as the Super Brand of the year.”

Dumisani Ndlela is a Zimbabwean journalist specialising in business and financial reporting, with experience reporting on commodities, stock and financial markets, advertising, marketing and the media. He has previously reported from a number of regional countries as well as from the UK and Germany on commodities and regional integration. He can be contacted on ku.oc.oohay@aleldnd. 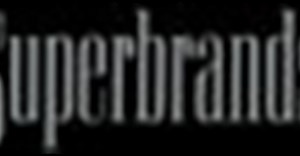