Invitation to partake in Family Festival of Out the Box 2013

9 Nov 2012 | Email | Print |  PDF
Theatre companies are invited to apply for the family component of the Out the Box Festival of Puppetry and Visual Performance 2013. Applications is open until 15 December 2012. 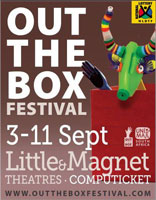 Watching the different shows, no matter which medium is used, becomes a journey filled with magic, fables, mysteries and revelations. Using clowning or puppets to convey a message of hope or to portray a struggle for identity and acceptance is a powerful and effective medium.

All forms of visual performance

The OTB festival celebrates all forms of visual performance including puppetry, theatre, masking, projection, dance, installation, site specific performance, and live art. Through an ongoing partnership with ASSITEJ South Africa (Association Internationale du Théâtre de l'Enfance et la Jeunesse: The International Association of Theatre for Children and Young people), children of all ages and backgrounds will be exposed to new ideas, provocative theatre and mind-opening experiences at the Family Festival component of OTB, which takes place in September 2013.

The partnership between these two network organisations has developed over the last three iterations of the festival to the point that OTB is today the only festival in South Africa giving equal weight to child, youth and schools' audiences as it does to adult audiences.

These awards are testament to the quality of the work presented at OTB, and in line with ASSITEJ SA's mission to raise the awareness and quality of theatre for young audiences in South Africa. ASSITEJ SA also works with schools throughout the year to ensure that learners have direct access to theatre in their schools, in local theatre houses, or at festivals, particularly that of Out The Box Festival.

For the Family Festival of OTB in 2013 we invite theatre companies to strongly engage with this area, and looking for productions that will cater to the age groups 0 - 5 years; 6 - 9 years; 10 -13 years; and 14 - 18 years, as well as to more general family audiences.

If you would like to be part of the explosion of wild dreams and beautiful imaginings that takes over the stages of Cape Town with every Out The Box Festival, go to www.outtheboxfestival.com and complete the online application form in full. Send us two images/photographs relevant to your show (300 dpi resolution) and images must be clearly labelled. Send us a DVD of your show if it has been performed before, or send us a DVD of previous work by the same artists. Email queries to az.gro.jetissa@ofni, gro.acirfahtuosaminu@xobehttuo or gro.acirfahtuosaminu@nimda. 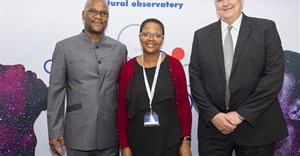 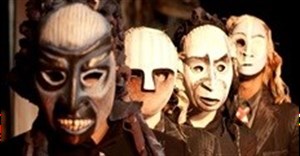 Results of the SANCTA AGM and its festival awards27 Feb 2015 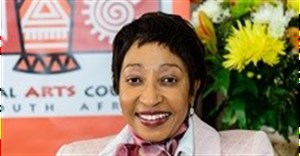 The NAC's Rosemary Mangope on the fragmented arts industry18 Nov 2014 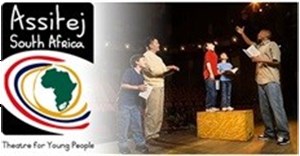 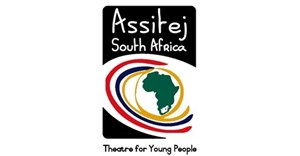