Mark Esterhuysen's F-bomb by the numbers

13 Oct 2011 | Email | Print |  PDF
Issued by: Ornico
When 702's late night news reader went on an F-word rant, the news of his on air anarchy spread like wildfire through the media and social networks. Brand and reputation analysis company Ornico released the first recording of the event on the inter-webs. Here are the numbers it churned.

Former 702 newsreader, Mark Esterhuysen, became an overnight viral sensation after hurling the F-word across the airways in what was supposed to be a late night news broadcast on South Africa's top talk radio station.

Brand and reputation research company, Ornico, recorded the bulletin as a matter of course through its news and editorial tracking service, and then released the recording online. These are just a few of the statistics it chalked up.

128,507 - The number of page views the original link to http://www.twitvid.com/WSSUO Esterhuysen's F-bomb achieved in six days.

1,904 - The number of people who retweeted the original link that was posted at http://www.twitvid.com/WSSUO in six days.

9 - The number of times the recording was reposted on YouTube.

67338 - The combined number of views that Esterhuysen's F-bomb recording got on YouTube in just six days.

1 - The current number of remixes that have been made mashing up the F-bomb track.

1 - The number of parodies that have been made about Esterhuysen's on air F-bomb.

212 - The number of online pieces of media coverage found when searching for the term "mark esterhuysen" on Google News. Local media who covered the issue included Mail & Guardian, Independent Online, TimesLIVE, Eye Witness News, Sunday World and Sowetan . Thanks to Reuters the news went international and was quickly picked up by the likes of The Asian Age, The West Australian, UK's Mail Online, the New Zealand Herald, Mirror.co.uk, Nehanda Radio in Zimbabwe, and NewsOne in the US.

34,800 - The number of search results Google returns for the phrase "mark esterhuysen".

4,199 - The current number of followers Mark Esterhuysen has on Twitter.

"What these numbers clearly show us is the viral effect of news that grabs people's imagination and which becomes an online talking point," says Oresti Patricios, CEO of Ornico. "The recording was released via Twitter and in just six days has chalked up some impressive numbers which speaks eloquently to Twitter's ability to lead news cycles. The short form social media has become the world's top agenda setting social media, largely because Twitter is so heavily populated by editors, journalists, news and other media organisations."

Patricios adds that Twitter is an opinion forming media, and as such has become a social media barometer. "Twitter very quickly indicates what kind of coverage and the degree of coverage that issues will get. If it's hot on twitter and its newsworthy you can bet that people will be writing about it, reporting on it and using it in their news analysis and opinions."

The former Tuks FM news presenter is currently unemployed, and The Citizen reports that he has said: "Life is so much more fun when you are not a wage slave for a corporation. My regular sleep cycle should be normal soon."

Ornico provides brand, media and reputational intelligence and research to provide an independent view of brand performance. Gain the competitive edge by making strategic marketing and communications decisions to outsmart the competition.
About Us | News | Contact 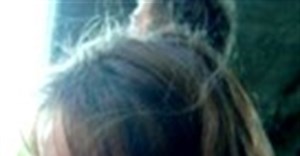