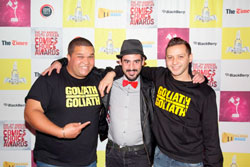 The nominees were announced by previous winners Sifiso Nene, Dillan Oliphant, Joe Parker and Alyn Adams, who entertained everyone by doing a few minutes of stand-up. 2011 winner Deep Fried Man had the room in hysterics with his trademark "stand-up comedy with a guitar".

While the nominees were voted for by their comedic peers, there is still one funny man (or woman) who will be selected by the public's vote in the Savanna Audience Choice category.

Voting in this category only stays open until 8pm on 20 August, 2013, and you could win a VIP experience to the awards if you SMS your favourite comedian's unique code to 38374. You can vote 20 times (if you can't choose just one favourite comedian!).

Vote for one of these four:

The sixth - and final - Waldo is awarded to the Lifetime Achievement recipient on the spot. Beloved "cousin" Barry Hilton was the recipient with the highest number of votes in this special category for comedians with 25 years' experience.

The Lifetime Achievement recipient is always honoured at a special night at Parker's a few weeks before the event.

Join a panel of "Grill Masters" as they tear Barry a new one at "The Grilling of a Lifetime", where he'll be subjected to comedic insults, praise and downright abuse! Pop down to Parker's at 8pm on Tuesday, 13 August or book your tickets in advance from the venue.

The formal awards ceremony takes place at The Teatro at Montecasino on 24 August, 2013.

Limited tickets are available to public, so book now through Computicket. 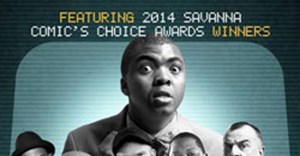 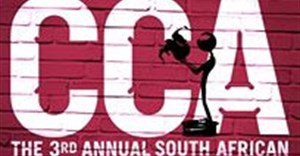