25 Sep 2013 | Email | Print |  PDF
Elite Model Look the international modelling contest, is coming to South Africa in 2013, for its 30th anniversary, offering hundreds of young girls between the ages of 16 and 22 the opportunity to follow in the footsteps of top models such as Cindy Crawford, Stephanie Seymour, Gisele Bündchen, Sigrid Agren and Constance Jablonski. Every year, Elite Model Look attracts hundreds of thousands of contestants from 800 cities, 60 countries and five continents looking to become the next Elite top model.

"We are so excited to launch Elite Model Look South Africa in response to the runaway success of our Elite contests in other African countries, which has seen a surge of interest in African talents by the international modelling market," said Hugo Tiburccio of Da Banda Entertainment, which is bringing Elite Model Look to South Africa.

Since 2010, Elite Model Look contests in Angola, then in Mozambique and Cape Verde, have introduced the success of Africa's modelling talents with three winners into the top 15 of Elite Model Look World Finals. 2010 Elite Model Look Angola's winner, Roberta Narciso, has walked particularly for Vivienne Westwood, Prada, Louis Vuitton and Valentino during the fashion weeks in Paris, London, Milan and New York. Elsa Baldaia, winner of 2011 Elite Model Look Angola, has been on the runways in several major shows, including Vivienne Westwood and Etam during Paris Fashion Week , as well as walking in Fashion Weeks in Cape Town, Lagos, Paris, Portugal and Tokyo, amongst others. Alecia Morais, 2012 Elite Model Look Cape Verde's winner, is off to a promising start in her career; in fact she as well was into the top 15 during the World Final. Alecia is currently in Paris doing meetings with casting directors for this season's runway shows.

Since their participation to the Elite Model Look World Final, these three models, represented by Da Banda Model Management, have a contract with Elite Model Management. However, success is not only reserved for the winner of the contest. 2010 Elite Model Look Angola finalist Maria Borges is also becoming a top model, walking for Tom Ford, Givenchy, Kenzo, Marc Jacobs and Thierry Mugler. Maria has also the face of recent campaigns like the one for Tommy Hilfiger.

"Our models are currently living and working between Luanda, Paris, Milan, London and New York. And during this time, we are looking for the new face who will represent Elite Model Look South Africa," added Tiburccio.

Elite Model Look South Africa is touring the country (Cape Town, Joburg and Durban) with six castings that will take place from 4 to 19 October, offering aspiring models the opportunity to participate at the Elite Model Look World Final and win a contract with Da Banda Model Management.

The contestants are not only selected for their photogenic qualities, personality and natural beauty, but also for their potential to correspond to current fashion trends. The Elite Model Look jury will choose 10 contestants to participate in the South African Final, which will take place at the Sandton Convention Centre in Joburg on 31 October.

Then, the winner of Elite Model Look South Africa will represent the country in the Elite Model Look World Final in China, which brings together 60 girls selected from 800 cities, who will compete to secure a three-year contract with the Elite network.

To take part in one of the Elite Model Look castings, applicants must be:

Applicants should wear little or no make-up, and wear something that shows off their figure, such as skinny jeans or leggings and a basic T-shirt. 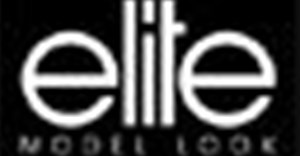 Countdown to Elite Model Look SA17 Sep 2009
Republication of selected Bizcommunity content for non-commercial purposes is allowed if the original article is linked to with "Source: www.bizcommunity.com". Please click here for more information and to request permission.
Let's do Biz