According to Consol group managing director, Mike Arnold, the additional capacity will increase the manufacturer's annual output by a further 25 percent, taking its total glass production to over one-million tons per annum (over four-billion glass containers.)

The location of the site has not been finalised, but the company has confirmed that Gauteng has been earmarked for the new glass factory of which the first furnace is expected to be commissioned in the last quarter of 2009. Expansion plans are reported to be at an advanced stage and are well underway.

“It's envisaged that the new glass factory will be designed initially to be a two furnace operation, each with an output of 400 tons per day. This will equip us to produce an additional 220 000 tons of good glass per annum. In a fast-growing economic environment where growth in demand for glass packaging has exceeded supply, we are investing heavily in capacity through the development of a bigger infrastructure and manufacturing footprint. This will aid our operational and technical ability and allow us to meet the diverse and complex demands of the market; a market that has grown, on average, by an estimated eight percent annually over the last five-years,” says Arnold.

Consol's latest expansion announcement is set against a backdrop of relatively intense activity in the commissioning and replacement of furnaces and machines, all of which is assisting Consol to more aggressively balance supply and demand. The Bellville number one furnace (B1) upgrade and expansion project, which was completed in July this year, increased capacity in the Western Cape by 60 000 tons to primarily service the South African wine industry. The foundations of the next capacity expansion recently announced, the Clayville number four furnace (C4), are taking form and is on schedule to be commissioned at the beginning of April 2008 increasing capacity by a further 90 000 tons of glass annually.

“For several months, South Africa has been experiencing a glass packaging shortage, but the current state of affairs is anticipated to stabilise by early 2008 post the commissioning of the Clayville number four furnace (C4). Consol is dedicated to investing in capacity necessary to meet glass demand as it arises and this latest investment, which will go down as a major milestone in Consol's history almanac, is yet another sign of our commitment to our customers, consumers and the South African market,” concludes Arnold. 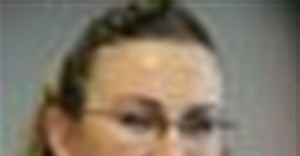