1 Jun 2020 | Email | Print |  PDF
By: Tasia Matlala
The novel coronavirus has plunged the world into a host of social and economic difficulties since it was declared a global pandemic by the World Health Organisation in March 2020. Its effects have ranged from minor inconveniences to vastly devastating circumstances to many, depending on the country in which they live as well as the resources that have been available to them when new precautionary regulations were enforced in an attempt to control the spread of the disease.
These regulations which are based on the elimination of close contact between people as well as rigorous hygiene practices, include stay-at-home orders and countrywide lockdowns to those whose work is not an essential service.

Although the level of alert varies from country to country, it is clear that they have been a mandatory measure of survival as well as a moral obligation. However, it is also clear that they cannot be sustained indefinitely for a number of reasons. One of which being the fact that studying and working from home in a seamless, comfortable and effective manner is a privilege very few possess. This refers to the fact that a daily established internet connection has been a requirement between all students and educators as well as employees and employers.

The price of data

In a country with a volatile currency such as South Africa, along with millions who are poverty-stricken, unemployed and therefore unable to access basic needs at times, it has been difficult to establish the aforementioned daily internet connection due to the prices of data.

South Africans have been subjected to unreasonably high prices of data by mobile telecommunication companies such as Vodacom, MTN and Telkom, among others for quite some time. These prices have greatly surpassed those offered in other emerging economies.

They are also responsible for creating public outrage through social media campaigns such as the #datamustfall movement, which has been a battle between consumers, politicians and network providers for several years. Moreover, a telecoms comparison site, Cable.co.uk has recently released the results of a massive investigation covering data pricing in 228 countries.

South Africa has consequently, performed poorly, ranking at 148th place. In reaching this conclusion, the site collected 5,554 mobile data plans, focusing on the pricing of one GB of data across the globe.

According to a Business Day article, the reason for South Africa's high prices of data is due to the fact that there is too little spectrum supply, for which the Global System for Mobile communication Association (GSMA) is responsible. This association relates the radio frequencies that are allocated to the mobile industry as well as other sectors of communication over the airwaves. The limited supply of radio frequency spectrum is, therefore, the reason that prices are constantly pushed up.

According to a statement made by Paris Mashile, the councillor of Independent Communications Authority of South Africa (ICASA), the ability of South African network providers to roll out services as well as to reduce costs of communication has been hindered by this lack of spectrum.

However, it has been stated by analysts under the hashtag "#datawillfall" that the costs of data, as well as other forms of communication, are to be slashed in 2020. This is due to the role played by the aforementioned Independent Communications Authority of South Africa (ICASA) as well as the Competition Commission, in mandating price reductions. The Competition Commission is defined as one of three independent statutory bodies established in terms of the Competition Act, No. 89 of 1998 to regulate competition between firms in the market.

The battle of data

According to a Businesstech article, South Africa's dominant mobile operators, Vodacom and MTN which control around 70% of the cellular services industry were instructed to lower their prices by 50% as of January 2020. They were also instructed to provide free daily lifeline data to prepaid users in order to ensure that all South Africans have access to the internet, regardless of income levels.

After a settlement with the Competition Commission, Vodacom is, therefore, set 1 April 2020. MTN has also announced major changes to be made in terms of data costs, after discussions with the commission. These changes will include more affordable prepaid bundles, lifeline data as well as the zero-rating of data for public benefit service websites. Furthermore, according to the Competition Commission, these cuts will save the consumer up to R2,4 billion.

Although these reductions are currently benefiting millions of people in South Africa, there is still a large number of young scholars who have been unable to receive an education during the pandemic. According to a World Bank blog, billions of young scholars are experiencing an education crisis, which is taking place not only locally but globally as well.

Some of the challenges within this crisis include an expected increase in dropout rates, losses in learning, children missing their most important meal etc. These challenges are being encountered disproportionately by children from low-income households. Additionally, these are children who unable to access the internet due to a lack of adequate devices which can be used to foster effective online learning.

However, the minister of Basic Education, Angie Motshekga, has announced a set of recovery plans issued by the National Coronavirus Command Council which will include the reopening of schools on 1 June 2020. She has also instructed that the schools observe and adhere to the health and safety protocols which will be put in place, as the safety of learners, teachers and workers in the schools is paramount, whilst ensuring that the virus does not spread further.

However, most South African university students will continue to learn remotely, as only final-year undergraduate students in programmes requiring clinical training will be returning to campuses. This refers to MBChB (medical) students, according to Businesstech.

These universities have concluded deals with South Africa's mobile network operators to allocate the aforementioned free data to their students in order to ensure that the students are able to access and download their learning material, prepare for online exams etc. It has also been said that this data is not restricted to student portals and can be used on a number of sites across the internet. This has been undoubtedly necessary, as education is a fundamental driver of personal, national and global development.

Tasia Matlala recently graduated from the University of Johannesburg with a BA in Communication and Language. She is a highly motivated, goal-driven, multilingual individual who's focused and eager to learn new things. Her skills include different forms of academic and professional writing and is currently working as a journalist for Critical Media.
Read more: e-Learning, #datamustfall, data prices, price of data 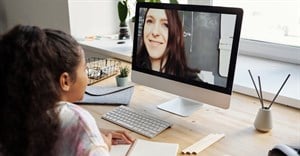 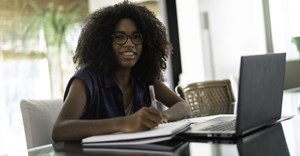 How to uplift SA through the business of education9 Mar 2022 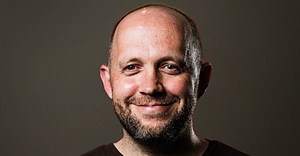 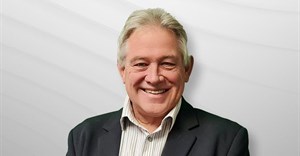 #BizTrends2022: Growth of e-learning during Covid is just the beginning5 Jan 2022 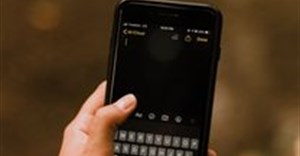 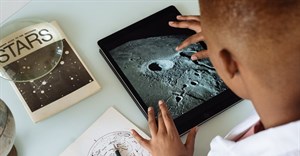 South African universities have taken to online teaching: but it can't be permanent13 Sep 2021
More related