7 Jan 2019 | Email | Print |  PDF
By: Jade Davenport
South Africa's mining industry crawled to the end of 2018 battered, bruised, and a mere shadow of its former world-dominating self, having had to suffer years of regulatory and policy uncertainty, waning investor interest, rising operating costs, depleting resources, and increasingly strained stakeholder relations.
But, as it stands on the precipice of 2019, the industry is cautiously optimistic of its future prospects given the concerted effort the government has made to improve the regulatory environment, mend stakeholder relations and encourage investor confidence.

While a more stable regulatory environment will go some way to stabilising South Africa’s mining sector, proper revival can only be truly facilitated by discovering new – and further developing known – ore bodies. It is for that reason that a dominant trend that will begin to emerge in 2019 is an upsurge in green and brownfields exploration across the country.

While it is easy to think that there are hardly any mineral deposits left to discover, given the more than 160 years of intensive mining activity, South Africa is, in fact, still a highly prospective jurisdiction. It hosts some 94% of the world’s known platinum group metals (PGM) reserves, 73% of chrome reserves, 29% of manganese, and 10% of gold reserves. Moreover, De Beers recently insisted that there were still many diamond-bearing deposits to be discovered here.

And given the advances in prospecting technologies in recent years, the chances of discovering deeper or more densely covered mineralised deposits are now much improved. Moreover, the time taken to collect information and analyse the data has been considerably shortened, which now allows prospectors to make development decisions much faster. Indeed, the impact of the Fourth Industrial Revolution that is now beginning to play out in this space will certainly aid a prospecting trend in gaining traction in South Africa.

A glimmer of this exploration trend has already emerged with mining giant Anglo American announcing in November its intention to invest more than $2bn in exploring and developing diamond, iron ore, manganese and coal assets in South Africa. Anglo’s confidence and reignited appetite for risk is an about-turn from its proposed 2015 plan to disinvest from South Africa and will, no doubt, be a beacon for other miners wishing to either extend existing assets or prove entirely new projects.

That said, the trend will be driven, at least initially, almost entirely by companies already invested in South Africa. It is highly unlikely that a new entrant or a foreign junior miner would choose to invest in a country that dictates shareholding policy with free-carry stipulations to boot. Certainly, the wave of Canadian, Australian and British junior miners that flooded into South Africa during the height of the super cycle in the early 2000s will not be replicated again under present conditions.

Perhaps as an attempt to soften the unattractive nature of the new Mining Charter, at least as far as junior prospectors are concerned, the government has committed R20bn over the next 10 years to finance an integrated multidisciplinary mapping programme, which is meant to identify new mineralisation systems across the country. Such a programme will prove extremely helpful for companies whose objective can be likened to that of finding a needle in a haystack.

Considering that South Africa has only accounted for 1% of global exploration spend in recent years, the only trajectory for the niche sector can be upwards and that is likely to gain traction over the next few months. 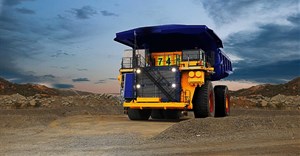 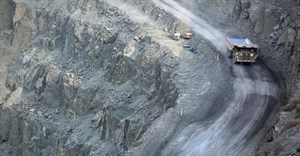 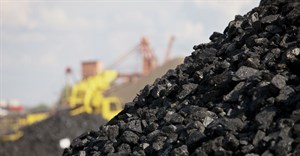