Renault to build in SA

27 Jan 2009 | Email | Print |  PDF
By: Bizcommunity motoring editor
Renault South Africa is poised to achieve a major milestone in February with the launch of its first locally produced model in more than three decades. 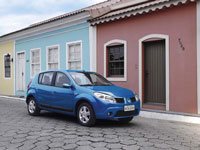 For Renault the Sandero is the first, tangible result of a R1-billion investment in local production by the Renault-Nissan Alliance.

The manufacture of the new car will begin in February on a refurbished assembly line at the organisation's Rosslyn plant in preparation for the newcomer's official debut March 2009.

Renault SA expects the arrival of the robust, attractive Sandero to revolutionise the local entry-level market, for, in addition to its current-generation technology, safety features, altitude-beating performance and spacious, well-equipped interior, the handsome hatchback will also be keenly priced.

“The Sandero is a key model in our range revitalisation strategy,” says Xavier Gobille, managing director of Renault SA. “But it is also a vital addition to the mostly staid and outdated entry-level sector - a sector in dire need of a thoroughly modern, safe, stylish and spacious contender.”

Recognising the importance of affordability in a market burdened by credit restrictions and negative economic sentiment, Sandero pricing will start below the key R100,000 mark.

“We want to bring the Sandero within reach of a wide and varied motoring audience seeking affordability without having to compromise on safety, quality, practicality and comfort,” says Gobille. “Local manufacture has allowed us to offer this extraordinary motoring package.”

The new range will initially be offered with a choice of 1,4 and 1,6-litre petrol powerplants, producing 55 kW and 64 kW respectively.

Consisting of five versions at launch, the price/specification of the line-up has been tailored to offer exceptional value across the board. A further three variants will extend the Sandero offering later during 2009.

Renault says the Sandero's styling is “refreshingly modern” with features such as a new “eye-catching interpretation” of the Renault ‘face' and accentuated wheel arches, strong swathe lines and geometric contours.

The interior is described as “roomy and well-equipped” and all the models will have a large and easily accessible luggage compartment.

Cost of ownership, including servicing and maintenance, will be factored into the Sandero's pricing strategy, the company says.

The Renault Sandero range will be officially unveiled to the media in late February, and is scheduled to reach dealer showrooms in early March. 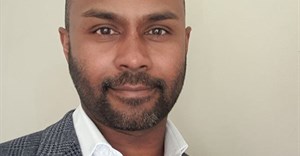 Supporting manufacturers through a time of change7 Jul 2020 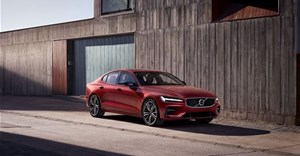 The hidden carbon cost of everyday products22 May 2018
More related