By: Issa Sikiti da Silva
The SABC announced a series of new additions to its TV and radio programmes last week, including official confirmation of Jeremy Maggs and Tsepiso Makwetla as the new team to present SAfm’s AM Live from today, Monday 2 April.

Maggs and Makwetla replace John Perlman and Nikiwe Bikitsha respectively, who left the station fuelling controversy over the SABC’s editorial policies. Both Maggs and Makwetla told Bizcommunity.com that they are looking forward to the new challenge.

Maggs, a journalist of more than 20 years of experience, said: “I am absolutely thrilled and honoured to co-present a programme of such a huge pedigree at the country’s most influential radio station.

“I have done early morning shows before (at Radio 702 in the late 80’s), I know the concept very well and what lies beneath.”

Asked if he is well prepared to fill Perlman’s shoes, he replied: “Look, John is a very good journalist and I respect him as such, but at the end of the day the programme is bigger than the presenter and we must move on and try hard to stay on top of things.”

Makwetla, born in the impoverished township of Katlehong on the East Rand, said she is excited but anxious because of the profile of the show. “However,” she added, “it is a growth process that definitely comes with a level of unpredictability, but I am looking forward to the new challenge.”

Television gets two news current affairs programmes in Nguni and Sesotho that will premier in the first week of April. The first programme is called Yilungelo Lakho (It is Your Right) and is to be aired on SABC 1 every Friday at 1pm. Its features include sections on legal perspectives and service industries such as banks, cellphones and car dealers.

The second programme, Leihlo La Sechaba, with English subtitles, is an investigative current affairs show that will be broadcast on SABC 2 every Wednesday at 9.30pm.

SABC news and current affairs head, Dr Snuki Zikalala, told Bizcommunity.com: “Historically, many black people lack the knowledge about their rights as consumers, and we hope that this programme will help them gain vital information to safeguard themselves against any unpredictable situation in the goods and services market.

Furthermore, Kids News, which currently broadcasts on SABC 1 in Zulu, SiSwati, Xhosa and Ndebele, will add Afrikaans, Sepedi, Tshivenda and Sesotho to its line-up from April 1.

Zikalala said: “All languages must be treated equally on SABC in line with our public mandate, and by doing this we are trying to educate and protect our children without any discrimination.”

Asked to comment on the constant criticism that the public broadcaster is facing over its editorial policies, he said: “We do not mind being criticised as long as those people know what they are saying and their criticism is objective and does not turn into a personal attack.

Issa Sikiti da Silva is a winner of the 2010 SADC Media Awards (print category). He freelances for various media outlets, local and foreign, and has travelled extensively across Africa. His work has been published both in French and English. He used to contribute to Bizcommunity.com as a senior news writer.
Read more: SAfm, AM Live 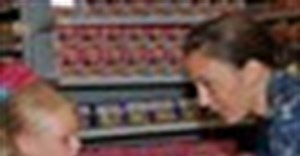 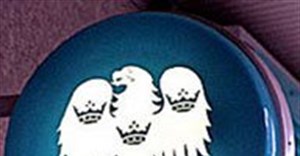 The power of symbolism in branding17 Jul 2007 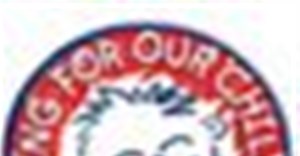 A little learning can save little lives3 Jul 2007
More related