12 Oct 2012 | Email | Print |  PDF
MOSCOW, RUSSIA: Four thousand tons of old munitions on Tuesday exploded at a military site in central Russia, releasing a white plume of smoke into the sky and sending locals fleeing for their lives.

The Donguz military range 30km south of the city of Orenburg in the Ural Mountains region caught fire after the old munitions unexpectedly exploded, the emergency and defence ministries said.

A total of 4,000t of outdated munitions including 400t of aerial bombs and 1,300t of shells exploded, a spokeswoman for the chief military investigative directorate, Yevgeniya Maltseva, told AFP.

The defence ministry said no military personnel or residents had been injured.

Television footage showed a white plume of smoke rising above the affected area.

Several buildings in one village were damaged, with the explosions also shattering windows, the government of the Orenburg region said.

It said that officials were assessing the damage from the blasts in three villages close to the military range as well as the city of Orenburg.

Witnesses from nearby villages described scenes of chaos.

"First there was a first explosion. We got scared. We ran out of the house at once. Then a second explosion followed, then a third one. It was terrible," Yelena Churikova said in televised remarks.

"Glass flew around. Everything started falling from the upper floors. A neighbouring house cracked in half. You can't imagine that sight. Everyone ran outside, everyone is yelling. No-one understands what is going on."

A spokesman for the regional emergencies ministry, Vladislav Zubchenko, told AFP that the blasts had stopped by around 0930 GMT.

He did not say how many people were evacuated from the affected area which is home to several thousand people.

Authorities planned to send two Il-76 planes to the region to help douse the flames, adding that several ambulances and psychologists had been dispatched to the scene of the accident.

A defence ministry commission flew down to the military range to look into the accident, ministry spokesman Igor Konashenkov said in televised remarks.

The Russian military has a huge stockpile of outdated munitions that are poorly maintained and frequently explode, causing casualties and deaths.

Last July, more than 20,000 people had to be evacuated and dozens were injured when a fire at a munitions depot in the Volga region of Udmurtia triggered a succession of explosions and sent a fireball blazing into the sky. 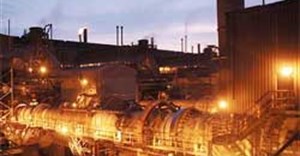 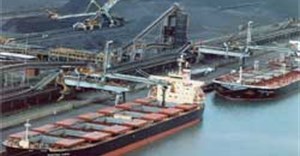