3 Mar 2020 | Email | Print |  PDF
The Warc Rankings Creative 100 has been released with Burger King's The Whopper Detour, by FCB New York, selected as the most creatively celebrated campaign of 2019. Compiled by Warc, the international marketing information company, the Creative 100 Ranking is produced by combining the results of the industry's most important global and regional creative award shows tracked throughout 2019. The awards tracked are determined by the Warc Rankings Advisory Board and a worldwide industry survey.

Burger King's The Whopper Detour, by FCB New York, is the most creatively celebrated campaign of 2019. Designed to increase Burger King app users, the campaign involved the geofencing of rival McDonald's restaurants with customers having to be in the vicinity of a McDonald's store to unlock a Whopper-for-one-cent promotion. Mobile sales tripled during the promotion and the chain saw the highest number of store visits in four years. Burger King estimated the campaign earned it a 37-1 return on investment.

Gabriel Schmitt, co-chief creative officer, FCB New York, comments: "We are extremely humbled and honoured by this recognition. 'The Whopper Detour' was a unique idea because it not only broke through from a creative standpoint, it also drove significant business results, solving a real business problem through creativity. The most successful campaigns should grow brands and their bottom line, and we are happy to see 'The Whopper Detour' being recognised for doing just that."

All the high rankers

Ranked #1 in the creative agencies ranking is McCann New York. Climbing up from fifth place last year, the crowning agency has five campaigns in the Creative 100 for Verizon, Xbox, two for March For Our Lives and one co-created for Donate Life.

Results like this are not possible without the passion and hard work from everyone across the agency. And our creative effectiveness comes directly from brave clients who have entrusted us to represent their brands and businesses in a meaningful and impactful way in the world.

BBDO Worldwide retains its top position as the most awarded Network for an impressive 14th consecutive year, with eight different agencies ranked in the top 50, all contributing points to their total. McCann Worldgroup is in second place and DDB Worldwide third.

What makes me most proud of topping the Warc Creative 100 for the second year in a row is that it's not just one agency or campaign. It's multiple agencies delivering work for multiple clients across multiple forms and platforms.

This recognition is a true honour to our entire marketing team and creative partners. It's amazing to see how all our teams believe that creativity can be a source of competitive advantage. The way we collaborate is the key to our success. We have great ideas coming from everywhere: US, UK, Sweden, France, Spain, Brazil, Mexico, India - really everywhere. And that is a testament to the quality of our people and the mindset we have as a company. It's also incredibly rewarding to see Restaurant Brands International rise to the top. The teams on Popeyes and Tim Horton's are also contributing for RBI to be a creative powerhouse.

USA retains its place as the most creatively awarded country in the world by far. United Kingdom and Brazil follow.

The most highly ranked campaigns and companies in the 2020 Warc Creative 100 are:

Activism also comes through strongly: Viva la Vulva for Bodyform/Libresse drives the issue of body positivity and challenges a universal taboo, and Nike's Dream Crazy was one of the most successful activism campaigns of the year.

The Warc Creative 100, formally known as the Gunn Report, has been compiled by applying a rigorous, unbiased and transparent methodology. to the analysis of the results of the most important global and regional creative awards shows, as determined by the industry following consultation with the newly introduced Warc Rankings Advisory Board and a worldwide survey. This consultation and survey will be carried out each year to ensure that the Rankings continue to reflect the opinion and meet the needs of the industry.

The award shows tracked for the Warc Creative 100 are:

The Warc Media 100 will be announced on 10 March and Warc Effective 100 on 17 March. An analysis of the Warc Rankings and brand stories report will follow at the end of March. 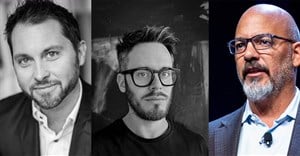 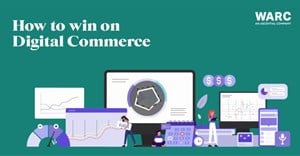 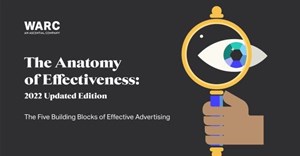 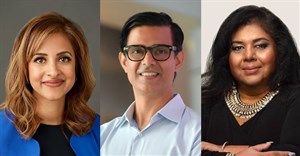 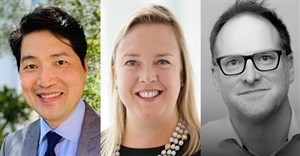