Retailers taking up space at the Mall of the North

11 Aug 2009 | Email | Print |  PDF
The 75 000m² Mall of the North regional shopping centre in the provincial capital of Limpopo, Polokwane, is fast attracting tenants and 85% of space is subscribed for to date.

impression of the Mall of the North interior.
The R1.2bn mall is set to open in the first quarter of 2011 and is owned and developed by JSE-listed company Resilient Property Income Fund, Flanagan & Gerard and Moolman Group.

Amongst the mall's numerous retail drawcards is claimed to be the fact that many retailers in the Polokwane area are currently reporting strong trading densities, even outperforming those in many major metropolitan areas. Patrick Flanagan, of Flanagan & Gerard, said: “Mall of the North will unlock new retail prospects creating an economic stimulus and will serve Polokwane as well as the entire northern region of the country, with cross-border shopping as an additional factor.”

It is claimed that the mall's complete retail experience will be akin to that usually only offered in South Africa's major cities, and includes shops, brands and labels that are know to draw residents of surrounding areas to the likes of Johannesburg, Pretoria and even Cape Town to purchase.

"Mall of the North will definitely launch Polokwane into a higher orbit. After its opening in 2011 Polokwane will never look back,” said Polokwane executive mayor Thabo Makunyane.

The tenant mix, with its more than 160 shops, features a substantial number of South Africa's most popular national retailers.

The anchor tenants include two supermarkets, which are in excess of 5000m², Pick n Pay and Checkers, joined by Edgars, Woolworths and Game, as well as a cinema complex.

These anchors will be supported by leading national retailers, including a Truworths Emporium of 3000m² and a variety of 10 Foschini Group brands. Ackermans Group, Mr Price Group, Dion Wired, Incredible Connection, Clicks and Dis-Chem will also be joining the Mall of the North.

A number of national retailers will be introduced to Polokwane for the first time including Due South, Cross Trainer and the Jewellery Design Company.

“There is currently an estimated annual R350 million consumer spend outflow from Polokwane as local consumers travel into Gauteng to obtain goods and retail brands which are unavailable locally,” says Jannie Moolman of Moolman Group. This means not only will it retain money within the local economy, but also attract additional spending power to the area.

With the ensemble of Boardmans, @Home, Mr Price Home, Coricraft and a selection of home décor stores particular to the centre, an exceptional homeware retail experience will be one of the signatures of the Mall of the North.

Some 4000m² of banking space will represent all major South African banks. Cinemas and a Food Court will be complemented by a variety of coffee shops at strategic positions through the mall.

However, giving the mall its distinct flavour will be the local retailers. “We are expecting strong participation from local businesses, especially in the services, beauty, business, restaurant, coffee shop, fast food and fashion boutique categories. Wherever possible we hope to include unique concepts which are differentiated from the offerings of well-known national retailers and franchises,” noted Flanagan.

Aiming to have at least 15% local retailer participation, this leasing strategy will ensure that the Mall of the North shopping experience launches beyond generic with a distinctive local spin and a welcome personal touch at which owner-operated businesses excel.

A number of local retailers were invited to meet the developers and owners to find out more about the Mall of the North at a special leasing event. The function attracted some 350 potential tenants and local representatives. 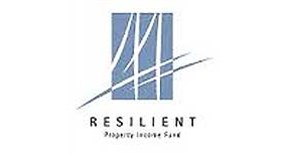 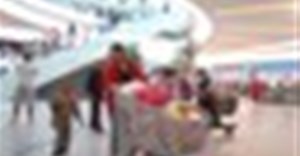 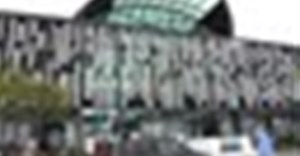